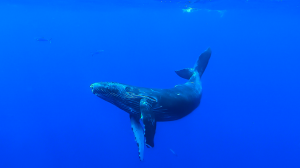 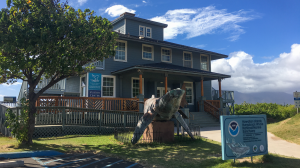 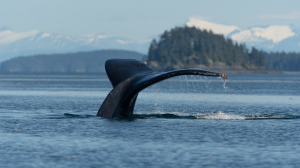 We are excited to share four very timely ocean science stories across such a variety of locales this season”
— Alexa Elliott, Series Producer, PBS Changing Seas

“Vanishing Whales” takes a closer look at the humpback population that migrates between Hawai‘i and Alaska. Its decades-long recovery from commercial whaling is considered a conservation success story. But when sightings of animals suddenly dropped, people became concerned. Now, scientists in both locations are trying to understand what happened to the whales.

“Humpback Health” delves deeper into the many mysteries that remain about these ocean leviathans. When in their Hawaiian breeding grounds, the humpbacks fast for an extended period, while expending energy on mating and giving birth. Now, for the first time, a team of scientists is making remarkable discoveries about how the whales’ body size and overall health change across the animals’ migratory cycle.

On Wednesday, June 22, the programs are both available for viewing online at changingseas.tv or on the “Changing Seas TV” YouTube channel, where they will be available for streaming anytime.

Other episodes of Changing Seas this season include “Kelp: Hidden Treasure of the Salish Sea”, taking audiences on an exciting journey to the Pacific Northwest; and “Saving Florida’s Starving Manatees”, examining why Florida’s iconic sea cows are dying in record numbers.

For the last fourteen years, Changing Seas has taken viewers on exciting adventures to the heart of our blue planet. The series goes to sea with scientists, giving audiences a first-hand look at how oceanographers and other experts study earth’s last frontier. Produced by South Florida PBS, Changing Seas has aired on 95% of public television stations in the U.S. and in more than 39 countries across the globe.

Every winter, thousands of humpback whales travel to the warm, shallow waters of Hawai‘i to mate, give birth, and raise their young. Hawaiian Islands Humpback Whale National Marine Sanctuary protects these whales and their habitat. From November through April, visitors to the sanctuary can see whales from shore and at sea.

NOAA’s Office of National Marine Sanctuaries serves as the trustee for a network of underwater parks encompassing more than 620,000 square miles of marine and Great Lakes waters.

TOP 5 THINGS TO DO IN ENCINITAS, CALIFORNIA THIS MEMORIAL DAY WEEKEND

THE DELAYED BUT NOT FORGOTTEN MOTHER’S DAY STORY: The Shaping of Compassion

Fight Inflation With The Secret Online Door How to reach... END_OF_DOCUMENT_TOKEN_TO_BE_REPLACED

Learn to leave compulsion behind and lead a life of... END_OF_DOCUMENT_TOKEN_TO_BE_REPLACED