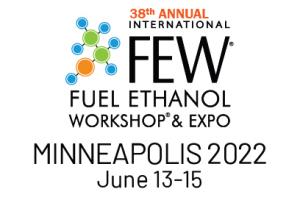 Some of the biggest names in ethanol kicked off the 38th International Fuel Ethanol Conference with discussions on policy, carbon and new market opportunities

MINNEAPOLIS, MINNESOTA, USA, June 15, 2022 /EINPresswire.com/ — Hundreds gathered for the main session of 38th International Fuel Ethanol Workshop & Expo Tuesday in Minneapolis, Minnesota, as some of the biggest names in biofuels spoke at the largest ethanol conference in the world.

Tom Bryan, president of conference organizer BBI International, hosted the morning session, telling attendees this year’s show is the largest FEW in a decade. “We have nearly 2,000 attendees with us this week, and roughly 500 of them are biofuels producers—plant managers, executives and board members—representing over 90 percent of the production capacity in the country,” he said. “It’s truly one of the best turnouts we have had in recent history.”

Marcos Filgueiras, vice president of business development and marketing at Thermal Kinetics, helped kick off the opening session of the FEW. “I was born and raised in a country where fuel ethanol was part of our daily lives as fuel,” he said. “Cars were designed to run on 100 percent ethanol, so my first car was a green Volkswagen Passat. You say, what does that green Volkswagen Passat have to do with this conference? Today, I am proud, after many years in this beautiful and vast country, to represent the company that is the leader and provides technology that enabled my fuel ethanol car.”

Yancey discussed the unique benefits of the partnership. “[Southwest’s] input from the fuel user perspective will be extremely valuable for our project,” he said.

AuBuchon explained the role SAFFiRE’s technology will play in helping to decarbonize the airline’s operations. “We recognize the critical role SAF plays in decarbonizing the very-hard-to-decarbonize aviation sector,” he said.

The 2022 FEW’s policy keynote was presented by Growth Energy CEO Emily Skor, who spoke about a broad array of issues including the industry efforts to secure year-round E15, the recently released renewable volume obligation (RVO) numbers, holding the U.S. EPA to its statutory commitment to uphold the Renewable Fuel Standard, and making sure the RFS is upheld and fairly administered post-2022. Skor also stressed the carbon and cost benefits of ethanol.

“When it comes to competing on carbon, we win,” she said.

“To build on our momentum, we need to remind policy makers that we are more than just an affordable alternative to Russian oil,” Skor added. “It is our role in a low carbon future that will open markets in 2023 and beyond.”

Closing out the morning session, Summit Agricultural Group CEO Bruce Rastetter, representing the planned Summit Carbon Solutions pipeline project, shared the latest details on the endeavor. The pipeline will capture and permanently store up to 20 million tons per year of carbon dioxide from dozens of ethanol and other industrial facilities across the Midwestern United States. Just recently, the company completed a historic $1 billion equity raise while simultaneously announcing a joint venture with Minnkota Power Cooperative that will provide Summit access to the largest fully-permitted, permanent carbon dioxide storage (CCS) site in the United States.

“In this last decade, this industry’s lost a lot more battles than we’ve won,” Rastetter said. “In this instance of lowering carbon scores, we can win the battles in the future because we’re aligned with sustainability like all of us have always believed we’ve been—but also taking it to the next level to compete very directly with electric vehicles—because certainly in our world they are the competition.”

Cake Mixes Market Share Worth US$ 1.5 Billion by 2027 – New Research Report by IndustryARC

Members are motivated to achieve huge goals with the Fuel... END_OF_DOCUMENT_TOKEN_TO_BE_REPLACED

How Wonderful It Is to Fall in Love! — Blossoming... END_OF_DOCUMENT_TOKEN_TO_BE_REPLACED