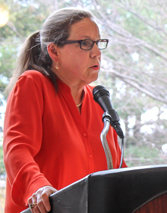 The amicus brief argues that the Medical Aid in Dying for the Terminally Ill Act is stacked against the individual, not limited to people near death and unconstitutional due to the way it was enacted.”
— Margaret Dore

BELLEVUE, WA, USA, July 20, 2021 /EINPresswire.com/ — Attorney Margaret Dore, President of Choice is an Illusion, which has fought against assisted suicide and euthanasia legalization throughout the United States, and internationally, has released the following statement in connection with the filing of a constitutional challenge amicus brief, which seeks to invalidate New Jersey’s Medical Aid in Dying for the Terminally Ill Act. The case, Petro et al v. Grewal, is pending in the Superior Court of New Jersey Appellate Division, A-003837-19.

“‘Aid in dying’ is a euphemism for physician-assisted suicide, assisted suicide and euthanasia. The amicus brief argues that the Medical Aid in Dying for the Terminally Ill Act is stacked against the individual, not limited to people near death and unconstitutional due to the way it was enacted.

“All three acts apply to persons with a six month or less life expectancy. Such persons may in fact have years or decades to live.

“A well known example is Jeanette Hall. In 2000, she made a settled decision to use Oregon’s act. Her doctor convinced her to be treated for cancer instead, such that she is alive today, twenty-one years later.

“The New Jersey Constitution protects against the enactment of misleading legislation, which is what occurred here. The Act’s title and findings are misleading with regard to the Act’s content, which renders the Act unconstitutional.

“The New Jersey Legislature understood that it was enacting a strictly voluntary law limited to dying people. Per the Act’s title, it was not clear that the Act would legalize assisted suicide and euthanasia.

“Per the Attorney General, the Act applies ‘only to those individuals, both patients and providers, who voluntarily elect to participate in the Act’s provisions.’ As for the trial judge, he was not persuaded that the Act specifically provides for assisted suicide and euthanasia. But the Act is not required to be voluntary. The Act is about assisted suicide and euthanasia.

“The Act’s title also uses the phrase, ‘aid in dying,’ which means assisted suicide and euthanasia.

“The Act has no required oversight over administration of the lethal dose. No doctor, not even a witness, is required to be present at the death.

“The drugs used are water and/or alcohol soluble, such that they can be injected into a sleeping or restrained person without consent. Even if the patient struggled, who would know?

“Persons assisting a suicide or engaging in euthanasia can have an agenda. Consider Tami Sawyer, trustee for Thomas Middleton in Oregon where assisted suicide is legal. Two days after his death by assisted suicide, she sold his home and deposited the proceeds into bank accounts for her own benefit.

“Consider also Graham Morant, who was convicted of counseling his wife to kill herself in Australia. His motive: to get the life insurance.

“The New Jersey Act has a formal application process to obtain the lethal dose. Once the lethal dose is issued by the pharmacy, there is no oversight. No witness, not even a doctor is required to be present at the death. If the patient objects or even struggles, who would know?

“Deaths pursuant to the Act, are reported as natural on the death certificate. With this situation, a patient’s heir, who participates in the patient’s death, is allowed to inherit.

“With passage of the Act, New Jersey residents with money, meaning the middle class and above, have been rendered sitting ducks to their heirs and other financial predators. Passage of the Act has created a perfect crime.”

The World Awaits for Bill Gates To Make Statement at “Global Crisis. This Will Affect Everyone” International Conference

Wine coffee from Sumatra? You must try it says island native turned entrepreneur

Hemp Dryer Model 1 The American Society of Agricultural and... END_OF_DOCUMENT_TOKEN_TO_BE_REPLACED

BEST for Dentistry announces the launch of a Sleep Dentistry... END_OF_DOCUMENT_TOKEN_TO_BE_REPLACED

Adding an exceptional researcher and clinical practice rheumatologist to the... END_OF_DOCUMENT_TOKEN_TO_BE_REPLACED

“If you are a Navy Veteran with lung cancer anywhere... END_OF_DOCUMENT_TOKEN_TO_BE_REPLACED

The amicus brief argues that the Medical Aid in Dying... END_OF_DOCUMENT_TOKEN_TO_BE_REPLACED